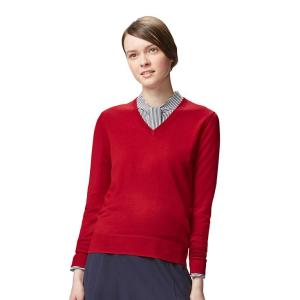 A gushing New York Times article on gender flux in today’s fashions rang a warning bell in my mind. Was I the only one to feel startled by an article that considers the opinion of 12- to 19-year olds as guiding wisdom? Certainly culture has been enriched by the contribution of some adolescents, such as Arthur Rimbaud and J.D. Salinger.  But the adolescent desire to experiment does not exist in a vacuum; each generation has its own. What makes Ruth LaFerla’s article fall flat is its lack of context. For all the praise of gender blurring that one finds here, and increasingly in today’s media, rare are the critics who recall how the most cutting-edge fashion trends have, over time, often swung back to punish.

Praising the cool new attitude toward the body manifest in designs by couturiers such as Muji, Everlane, and Uniqlo (seen above), critic LaFerla claims that “the whole perception of sexual orientation is being challenged by the millennials. […] the lines between male and female are becoming increasing blurred.” In order to test this view, she consults a historian of revolutionary France who points out the obvious: “We may think we are in a new phase, but we aren’t necessarily.” While the parallel between present-day American styles with those of France in the 1790s is intriguing, the conclusion is a disappointment. Instead of recalling the political forces pushing fashion and consumerism, the historian lamely concludes, “every time these trends come up they push the boundaries a little bit more.”

Beware, lithe young readers! Not only will your own bodies necessarily disappoint, as you Millenials (Millenia?) and Generation Z-ers move through the decades ahead, but your society’s attitudes toward gender may prove less fluid than you’d like to think.

It is true that a certain “gender flux” marked the 1790s in France, when women stepped out of their whalebone corsets for a time. But it is also true that the primary beneficiaries of that time’s gender flux were men, not women. As any fashionista knows, the avant-garde of the 1790s was male: it was the militant reactionaries known as Incroyables (seen above) who along with their floppy ties and huge lapels bore clubs to beat up errant Jacobins. When women attempted their own version of fluid, comfortable cross-dressing, it was nipped in the bud.

A case in point: when a new fashion for female travestissement or cross-dressing was brought to the attention of the Paris police in summer 1799, the response was dead serious.  Police archives from Germinal to Prairial Year 7 reveal that an important number of agents and spies were mobilized to suppress this vogue among Parisian women.  Why?  Because it was alleged that: 1) such women could be potential émigrées; 2) travestissement was bad for public morals; and 3) it was against the law.  One agent nevertheless challenged the Minister’s order.  His arguments seem ironclad to us, yet they only resulted in stricter enforcement.  Citing a law dated August 1, 1789 which condemned women to 15 days in prison for wearing men’s clothing (and three months for repeat offenders), he argued that such a law could not be upheld because it was created by a provisional government and thus was no longer valid.  He also reminded his superior that women were authorized to wear men’s clothing if they had to ride horses for their health and had a doctor’s order.  He agreed that public morality was a crucial preoccupation, yet he implicitly refused to arrest the women who had been seen strolling through the Tuileries gardens en travesti.  One year later, a new law was published to quell such tergiversation.  Disseminated to all police commissioners in the country in November 1800 (Brumaire Year 9), the law formally declared it illegal for women to wear men’s clothing.

When compared to the extravagantly effeminate styles of the Incroyables—the self-appointed vigilantes of the monarchist set, whose flowing bows and effeminate poses influenced the Romantics—it is evident that the brief moment of “gender flux” lying behind the style en travesti ended soon after birth. And that Napoleon’s burgeoning political ambitions were behind the repression.

What political forces are looming on the horizon for today’s young? Time will tell. But readers would be wise to remember how commodification often clobbers its most creative kin, just as the dominant drivers of the economy will doubtless prevail. You may wear all the loose-fitting androgynous uniforms you want, but if you spend your life working 18 hours a day in a corporate cubicle you’re not really “pushing the boundaries” on anything.

3 thoughts on “On “Gender Flux” in today’s fashion: Is there a message behind those pants?”