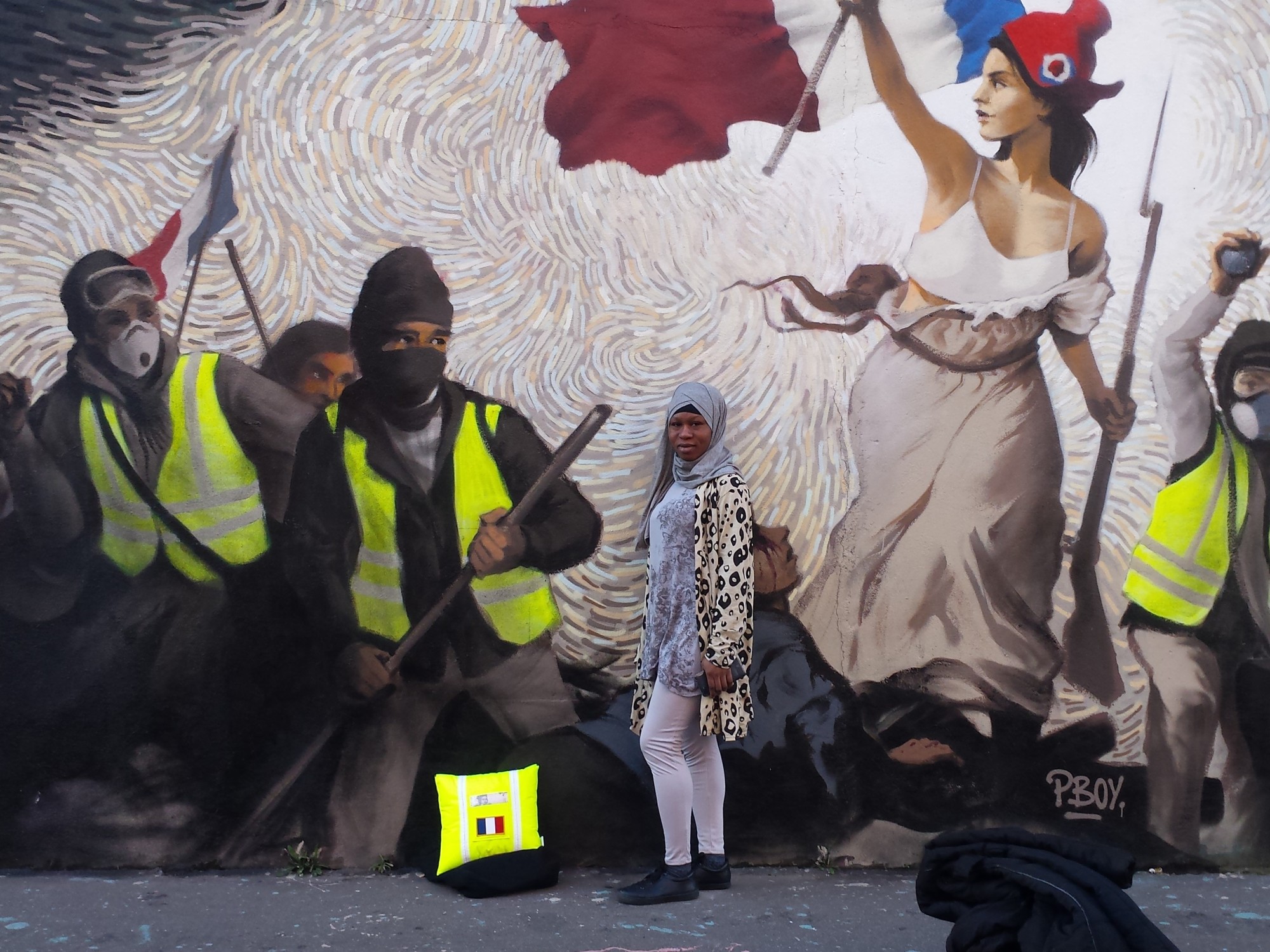 The Confederate Army. As historian Jennifer Gipson explains, “”The Southern Marseillaise” (1862) included the French tricolor and French lyrics along with a Confederate battle flag and its own words calling for southern liberty in the face of federal tyranny.” She notes that the “tune became so synonymous with the Confederate cause that French actors in New York were jailed as southern sympathizers for singing it.”

The soft and colorful “Paris révolutionnaire” pillow produced by Honey Girl Books and Gifts LLC. The pillows are produced by a Francophile artisan (moi-même) in Seattle, WA; quantities limited, so order yours now! https://www.honeygirlbooks.com/

5.  Who painted a mural that highlights the continuity between the protesters of 1830 and the gilets jaunes of 2018-19?

Pascal Boyart (known as “P. Boy”) created the mural currently on view in the 19th arrondissement. It’s worth the trip! You will find it on la rue d’Aubervilliers, alongside a number of other colorful murals with political themes. It was created in solidarity with the “Yellow Vest” movement, as a revision of « La Liberté guidant le peuple » by Eugène Delacroix, a famous painting on the July Revolution of 1830. Read more about the artist here:  https://www.pboy-art.com/

Come back in 2020 for the next Bastille Day quiz!