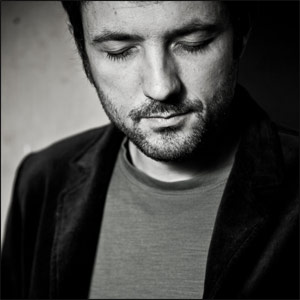 Two popular artists are dealing an interesting curve-ball to the hidebound prestige of the French aristocracy today, although the ultimate meaning of their works remains ambiguous…

Q: Where can you find a living, breathing counter-Revolutionary from the Vendée today?
A: In Anna Gavalda’s novel, Ensemble, c’est tout.
His name is Philbert Jehan Louis-Marie Georges Marquet de la Durbellière ; he was born in 1967 in La Roche-sur-Yon, and as a child, he fought off bullies by swinging a satchel armed with a Latin dictionary.

Gavalda must have had a good time inventing his quaint speech patterns for this book! When he finally gets over his stuttering enough to introduce himself to the down-on-her-luck heroine, he explains: “Vous avez devant les yeux un magnifique exemplaire d’Homo Dégénéraris, c’est-à-dire un être totalement inapte à la vie en société, décalé, saugrenu et parfaitement anachronique!” (163). It is thanks to his family’s cavernous apartment on avenue Émile Deschanel (one of the capital’s most prestigious addresses, bordering the Champs de Mars, Paris 7e), that the group of oddballs joins forces in this delightful saga of three misfits who find each other and, against all the odds, form a lasting, loving, “recomposed family.”

Philibert is a caricature of hilariously outmoded habits. When the trio writes up a list of rules for the household, he pulls out a signet and stick of wax, and seals the document with his family’s arms. He is hopelessly incapable of battling it out in the rough-and-tumble capitalism of the twenty-first century, and makes a paltry living by selling postcards of Paris monuments on the street. The history lessons he conducts on their road trips are peppered with deadpan asides on his family’s ties to the French throne (Marguerite de Valois being one of his mom’s cousins). The rest of the Marquet de la Durbellière clan is equally ridiculous; the dead fauna hanging on their walls brings images of The Adams Family to mind, but it is a cold, dusty kind of Gothic here without a touch of humor or gore. Their outdated speech habits (le vouvoiement oblige) and austere home life underline the aristocracy’s inability to evolve, as does their soul-less Catholicism. (The Easter blessing of “Bénissez-nous Seigneur… et bla bla bla” being symptomatic! 545) The author stresses their impervious blindness to economic realities at a boorish banquet at which the marquis and his wife lord it over their son’s friends while serving tasteless canned peas on dishes of priceless china, accompanied by elegant crystal glasses of cheap wine. Baffled by the presence of these lowbrow strangers, the marquise trills, “Comme c’est pittoresque” (541), as if her son was indulging in a bit of Belle époque encanaillement (hobnobbing with the rabble).

The weekend would have been ruined, if Franck (the foul-mouthed, talented cook who is Philou’s best friend from Paris) hadn’t taken charge of the kitchen and whipped up a fabulous Easter dinner, inciting the marquis to share some exquisite bottles of his uncle’s wine, and to get a little drunk and tell funny old stories of his hunting days. On the return trip to Paris, Philou suddenly recalls the reason why he had wanted to visit home: his engagement to a girl from the working-class neighborhood of Belleville, and which he forgot to mention. Significantly, they do not turn the car around. Nor do any members of the Marquet de la Durbellière tribe attend the sweet nuptials, celebrated in the Town Hall of the 20th arrondissement.

2. Albin de la Simone
A similar melancholy about the emptiness of the aristocracy haunts a song that is popular among French youth today, by Albin de la Simone, “Mes épaules.” Ostensibly a love ballad by a young father to his wife and baby, where anxiety over the role of breadwinner is symbolized by his skinny shoulders (“pas bien baraquées,” he swoons), the song also belies the singer’s unease with his particule-laden family name. “Le poids de mon nom ridicule / De ce fantôme à particule / Qui avance quand je recule,” the song goes. Typifying a particularly French strain of wimpy male singers whose penchant for self-pity surprises American audiences (remember Alain Souchon’s hit “Allô Papa Maman”?!), Albin de la Simone is nevertheless a favorite among young Frenchmen today, according to reliable sources in Paris. What is interesting is how he combines his worries over fatherhood with his sense of embarrassment over his aristocratic name.

Could it be that France is finally breaking free from the class-bound system of the past? Is Bourdieu’s paradigm in Distinction really due for a tune-up?

Or are these recent phenomena merely a pose, like the long tradition of rueful yet self-congratulatory writers who make up the French canon?